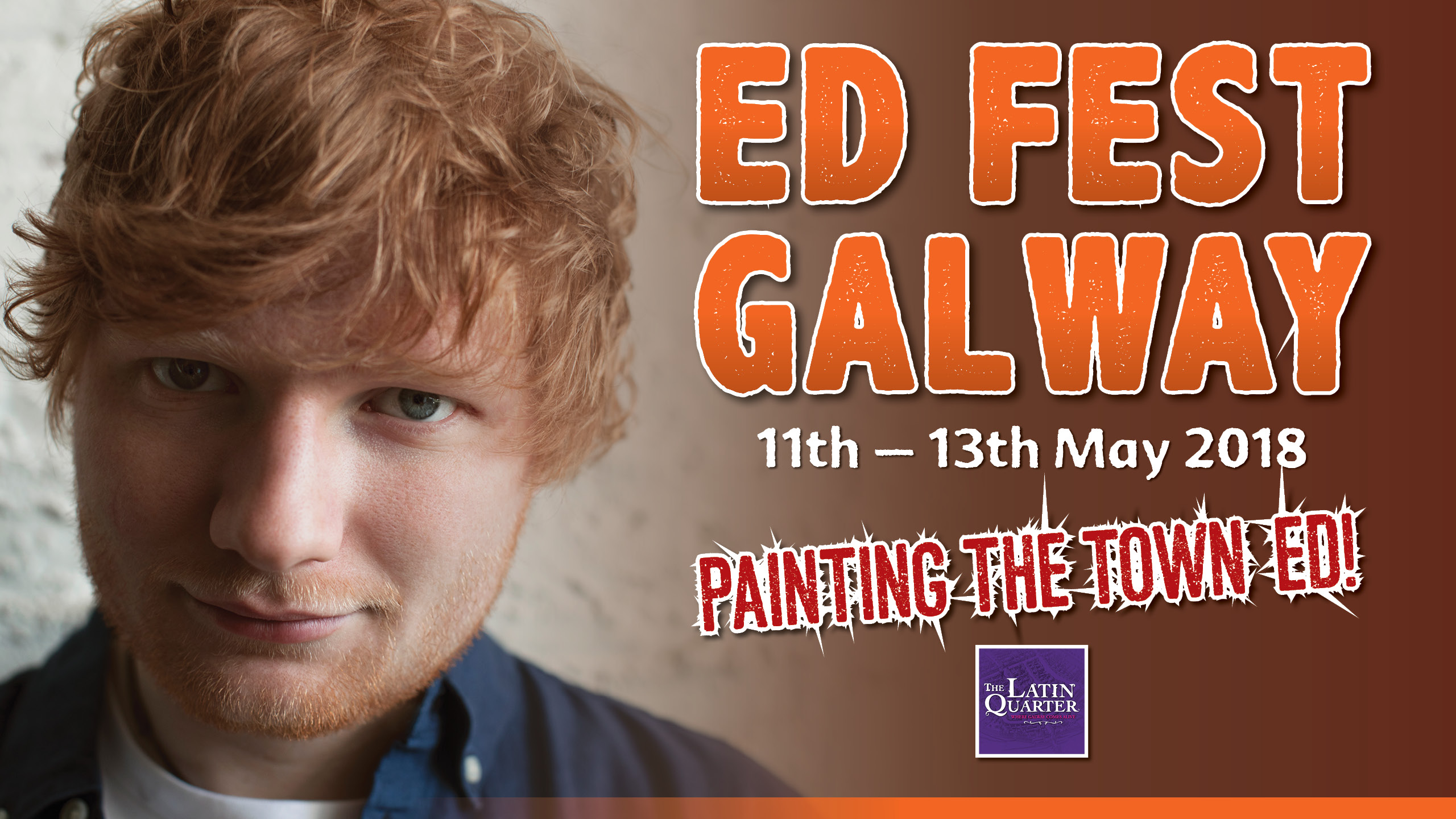 As Ed Sheeran mania hits Ireland this summer, Galway city will do what is does best, hosting an Ed Sheeran Festival in The Latin Quarter from Thursday 10th – Sunday 13th May 2018, to co-inside with the singer’s concerts the same weekend in Pearse Stadium.

Promising a weekend of Ed Sheeran inspired fun in The Latin Quarter, it’s the perfect excuse to welcome the superstar to the West of Ireland, allowing fans to ‘Paint the Town Ed’ for the weekend!

Highlights of the festival must include; ticket giveaway to the Ed Sheeran concert, Ed Sheeran tribute acts playing in the bars, Ed Sheeran themed shop fronts and window displays, Ed Sheeran buskers, an Ed Sheeran look-alike competition, Ed Sheeran inspired food and drinks in the bar and restaurants, along with some surprises ever Ed fan will want to be involved in!

The festival is being organised by The Latin Quarter, the cultural heart of Galway city and home to many of the city’s quirkiest, owner ran and best-known pubs, restaurants, shops and hotels and they are inviting the entire city to get involved. It’s no secret Ed Sheeran has a massive love affair with Galway so The Latin Quarter is calling on everyone in the city to join in the festivities, for what promises to be an unforgettable weekend in Galway.

Over 60,000 people will be attending the concerts so a festive-like ambience will be created for those going to the concert and for anyone who didn’t get tickets to the gigs but wants to join in the Ed Sheeran merriment. It’s the first festival of its kind in Ireland and quite possibly the world so who knows Ed might even attend to experience the festival for himself.