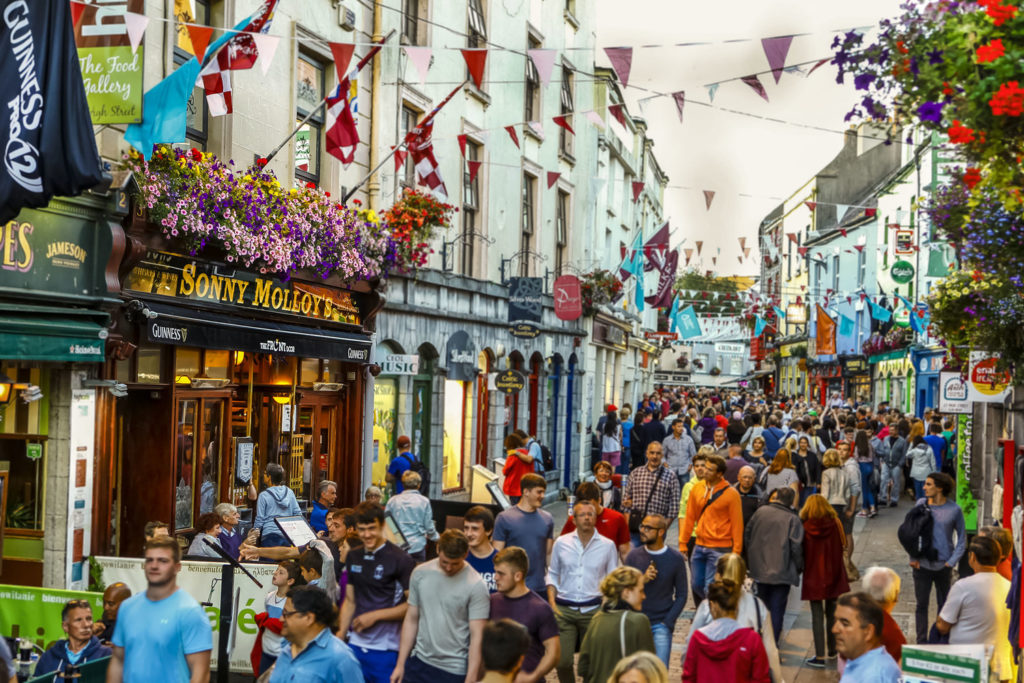 Sonny Molloy’s Irish Whiskey Bar is an award-winning bar located on Cross Street in the center of Galway City. The once famous drapery shop was run by the legendary Galwegian, Sonny Molloy. Sonny was a man of considerable achievement, though very modest, he was a larger-than-life character. The building itself was part of a Medieval property built in the 1600s, some of which formed part of the old Galway city walls. The counter of the bar is still the very same as when Sonny himself worked behind it!

The shelves are brimming with the finest of Irish whiskey, including their own Redbreast 16-Year-Old Single Cask. It’s renowned for serving the best pints of Guinness in Galway. The team are always happy to make a recommendation, with a selection of whiskey platters served.